The end of 2013 is quickly approaching, and just like any other year (however arbitrary that measure of time is) you start to think about how much is different, and how much is the same. Thinking about what’s happened in the past 12 months is enough to make anyone’s head spin.

2013 was the year I cruelly and selfishly broke someone else to heal myself, and ran from the guilt. It was the year I hugged some of my best friends goodbye on the morning of their graduation and then cried like a baby as soon as they left their apartment.

It was the year I found happiness in London and spent the 4th of July playing foozeball in a pub with the owners after-hours while Rebecca poured her own beer and Victoria flirted with the bartender. It was the year I turned 21, fell unexpectedly but not reluctantly in love, and discovered a passion for pastels.

It was an entire year without Chris and Mr. G, but a whole year with William and Chase.

So, okay, Rent: how do you measure a year? Is there an equation to determine how much you lost, how much you gained? Is there a way to tell how much you’ve changed? Because I know I am not the same person I was last December- and I don’t regret it in the slightest.

Benjamin Franklin, that wise, bald man, said something along the lines of ‘when you’re finished changing, you’re finished.’ I couldn’t agree more, Benny. I guess it doesn’t really matter how much I’ve changed- that I’ve changed is enough. And I’m nowhere near ‘finished.’

Maybe I’ll remember 2013 as the year I was ecstatic that I got to be a bridesmaid at Taylor’s wedding, despite the pit in all of our stomachs that one Donato was conspicuously and painfully absent.

Maybe I’ll remember that The Ionian won Organization of the Year and we celebrated with custom-made shot glasses, a scrapbook, and a gin bucket at Meg’s.

Maybe I’ll think of moving into our senior year apartment the day after my 21st, hungover as only a new 21-year-old can be, my parents pointing at me and saying, “do you see what happens when you drink too much?” to my little sister.

I can’t tell you what will come to mind first when I look back on 2013 a few years from now. But I will remember that these 525,600 minutes have changed me- for, I think, the better. I hope I can say the same next December. 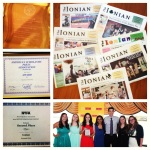 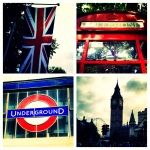 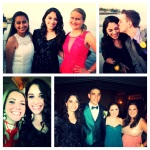